I have been advised of 2 suspicious callers that have contacted a member of Neighbourhood watch recently; these are believed to have been made by the same caller.

Call 1 on Male possibly from a foreign call centre told the member that they were from homeserve and that they were paying £5 too much for their TV licence, the male then put the member through to a female who asked for the long card number of their credit card in order to change the Direct debit, this was of course refused and the lady became very curt and demanding, but details were refused and call ended, about 10 days later a further call was received, possibly from the same male, this time purporting to be from BT and how they could save £5 a month, when member pointed out that this was the second such call received, the male cleared the line.

On both occasions a telephone number was displayed, but neither of these numbers appear to exist. 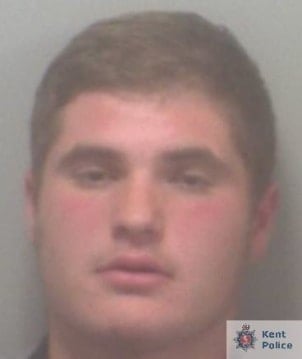 A London man has been jailed after being arrested for drug dealing in Maidstone.

One of them was constantly looking at his mobile phone.

As they reached the Millennium Bridge, they met Bajrami and another man.

The officers saw something exchanged and one of the users placed an item in his mouth and then walked off.

Police approached Bajrami and on searching him found a plastic bag containing two deals of crack cocaine and five deals of heroin in his pocket.

These had a total street value of approximately £140 and Bajrami was arrested.

His mobile phone was seized and when examined was found to contain text messages to one of the drug users seen earlier.

Bajrami was subsequently charged with possession of cocaine and heroin with intent to supply and pleaded guilty at court.

Chief Inspector Mick Gardener said; ‘My officers are always looking out for drug dealers and their customers, most of whom they know by sight.

‘In this case, patrols have acted swiftly after they saw a suspected drug deal and were able to arrest the supplier soon after.

‘We have arrested a large number of offenders in recent months, many of whom are from London.

This will continue and we will be relentless in our efforts to keep our communities safe.’

Although this is not in our area, I have forwarded it to remind your members to keep an eye out for premises that have a lot of people attending and all times of day and night.

Four people have been arrested on suspicion of offences relating to a brothel in Sittingbourne.

Kent Police was called on Monday 26 February to a report of a property being used in Friars Walk, Sittingbourne, whereby it was alleged that a house was being used for offences relating to a brothel.

Officers attended and three men, aged 24, 27 and 32 years old and all from Humberside, and one woman aged 20 from Sittingbourne, were each arrested at around 9.30pm on suspicion of brothel offences.

On Tuesday 27 February the four people were released under investigation while officers continue to carry out enquiries relating to the offences. 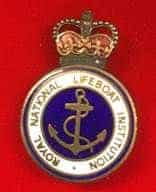 Detectives investigating a burglary in Maidstone are appealing for information to find two stolen medals awarded to the victim for services to charity.

Kent Police was called on Monday 19 February 2018 to reports of a break-in in Shaftesbury Drive.

It was reported a rear window had been smashed to gain entry to the property and that thieves had carried out a search of the entire house stealing a number of possessions.

One of the medals stolen was silver and the other bronze. The items are of great sentimental value and were in recognition of service to the Royal National Lifeboat Institution.

They were each inscribed with the victim’s name.

The offenders also helped themselves to around 60 bottles of wine, some from The Wine Society with a distinctive yellow ‘Exhibition’ label. Jewellery, a metal detector and a brand new LG television were also stolen.

Detective Mark Ansdell said: ‘We are working hard to find those responsible and to recover what are precious and irreplaceable items to this victim.

They were awarded in recognition of his tireless work to raise funds for charity.

Due to the large number of items stolen, it is likely a vehicle was needed to transport them from the property.

If you have been offered the medals or any of the other stolen items for sale, or have information which may assist our enquiries please get in touch.’

I have been advised that a Bank Scam was attempted where by unauthorised withdrawals were noted on an account, the account holder rang who they thought were their bank, they were on hold for some 30 minutes before calling from a land line to check, the Bank advised them their line had also been compromised.

Please take care when calling the Bank to ensure you are actually connected to the bank.

I have had a report that a call was received purporting to be from the “Serious Fraud Office” about some odd transactions on a bank card that morning and wanting to confirm some details.

When asked which “serious fraud office” they were calling from they put the phone down.

We are still getting reports of scams where the caller states they are from the police, the Police will not ask for Bank details or ask you for your card.

We use cookies on our website to give you the most relevant experience by remembering your preferences and repeat visits. By clicking “Accept All”, you consent to the use of ALL the cookies. However, you may visit "Cookie Settings" to provide a controlled consent.
Cookie SettingsAccept All
Manage consent

This website uses cookies to improve your experience while you navigate through the website. Out of these, the cookies that are categorized as necessary are stored on your browser as they are essential for the working of basic functionalities of the website. We also use third-party cookies that help us analyze and understand how you use this website. These cookies will be stored in your browser only with your consent. You also have the option to opt-out of these cookies. But opting out of some of these cookies may affect your browsing experience.
Necessary Always Enabled
Necessary cookies are absolutely essential for the website to function properly. These cookies ensure basic functionalities and security features of the website, anonymously.
Functional
Functional cookies help to perform certain functionalities like sharing the content of the website on social media platforms, collect feedbacks, and other third-party features.
Performance
Performance cookies are used to understand and analyze the key performance indexes of the website which helps in delivering a better user experience for the visitors.
Analytics
Analytical cookies are used to understand how visitors interact with the website. These cookies help provide information on metrics the number of visitors, bounce rate, traffic source, etc.
Advertisement
Advertisement cookies are used to provide visitors with relevant ads and marketing campaigns. These cookies track visitors across websites and collect information to provide customized ads.
Others
Other uncategorized cookies are those that are being analyzed and have not been classified into a category as yet.
SAVE & ACCEPT