Remembrance Day this year was very different to that of previous years as the parade and service were not able to take place.

However the poppies on the soldier silhouettes have been renewed and new large metal poppies above the silhouettes will be installed in the next couple of weeks.

The Mayor of Swanley Cllr Lesley Dyball, The Lord Sackville and Laura Trott MP together with Cllr M Horwood were still able to pay their respects to those men and women who had fallen in war.

The Exhortation was read and 2 minutes silence was observed prior to wreaths being laid.

The Mayor of Swanley Cllr Lesley Dyball said “ It was important that we paid our respects this year adhering to social distance guidelines currently in place to protect ourselves, others and the NHS.” 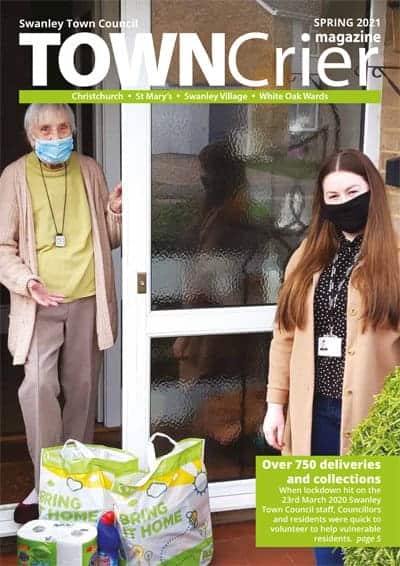